In the Words of our Alumni

Christian Bondoc-Class of '02 -
“Montessori prepared me especially well for the years that followed my time there by offering me freedom and encouragement of independent thought. My time at The Montessori School cultivated a love of learning in me that could not have happened anywhere else. It taught me that anything approached the right way could be interesting. Yet my education was not totally academic. I learned how to interact with my peers and those older and younger than me. I learned how to work in a team and how to lead that team while listening to everyone’s ideas. The most important thing that Montessori gave me was the confidence it instilled in me.” 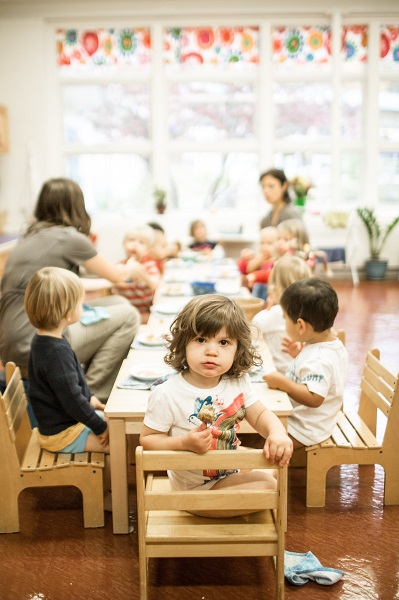 In the Words of Parents of Alumni

“I can only describe the Montessori influence upon my daughter as inestimable. Her “loving to learn” and her respect for learning are a direct result of her time at The Montessori School.  There is never a moment when I haven’t recognized the influence of Montessori on the culture of our family, but most often I see it when my daughter and I are talking about a book, play or film.

I am aware of her particular insight and discipline. This comes especially to light when she is evaluating problems or concerns. Montessori develops such a measured approach to issues such as these.”
- Molly Marion

“In many ways, Montessori partnered with me as a parent and as a mother. Incredible gift of the faculty as not only my children’s teachers, but mine as well.

It was with tremendous gratitude that my family and I said goodbye to the school that held us close for so many years and prepared us to go out into the world … braver, more confident, and grounded with the quest for knowledge and wisdom enlivened in our souls.” - Martha D’Adamo

In the Words of Montessori School Grandparents

Three of our grandchildren have attended two different Montessori schools. I have watched their progress from the sidelines over a period of ten years, and it has transformed me into a genuine Montessori fan. At first I was quite skeptical about the system, but no longer.

We have nine other grandchildren and they are all good students, but I sometimes wonder if even they might have benefited from a Montessori Experience…… Why?? As I see it, it’s a system that seems to work with children from a variety of backgrounds; a system which not only focuses on learning, but also on living. The approach to the basic intellectual skills is innovative and solid. But there is also an obvious emphasis on social development, responsibility, independence and artistic sensitivity.  Not just learning to read, but wanting to read. Not just learning, but wanting to learn. The system seems to be tuned in to maximizing the individual student’s opportunity for self-development. I have watched this happen and continue when our grandchildren have left Montessori and moved on.

In my day anyone who could afford it could go to college. The break point was there. You flunked out or graduated. With our children the break point had clearly moved to the high school experience. If you fell behind there you had a hard time catching up. Now I believe that break point is even earlier. Children seem to be getting “turned on”, or “turned off ” at the elementary level. An ideal insurance for avoiding the latter is a Montessori experience. I only wish that I had had one myself. -Dr. Richard Judge

The Montessori School
admits students of any race, color, national and ethnic origin to all the rights, privileges, programs and activities generally accorded or made available to students.

The Montessori School does not discriminate on the basis of race, color, sexual orientation, national and ethnic origin in administration of its educational policies, admission policies, scholarship and loan programs, athletic and other school administered programs.